The recent debates about who can legitimately translate Amanda Gorman and how to translate her inauguration poem "The Hill We Climb" shed new light on the postcolonial relevance of translation. Although this problem has been addressed in translation studies for some time (Bassnett / Trivedi 1998), it has not yet received widespread academic attention. The research carried out in the context of the Cluster of Excellence at the Freie Universität Berlin, Research Area 4 ("Literary Currencies", via the project "A Dialogue from Time to Time. Translation and Literary Multilingualism") aims to promote and re-contextualise the interdisciplinary examination of postcolonial aspects of cultural transfer through literary translation.

Historically, there was a direct connection between the rise of the European colonial powers in the 15th century and the increase in 'missionary' translations. Structurally, literary translations, in particular, can be understood as 'migrations', as the texts leave their 'home country' with its specific conditions of production and reception and enter a new context of literary production and reception (cf. Bourdieu 2004). Dealing with the characteristics of the textual foreign gives rise to fundamental questions. Friedrich Schleiermacher already distinguished between two ways of translating in this context: that of "naturalisation" or “domestication” and that of "foreignisation". But how can literary texts be meaningfully 'naturalised' in the new context of production and reception? Conversely, how can the aesthetically foreign text, which constitutes the "poetic function" in the sense of Russian formalism, be represented as a marker? (Venuti [1995] 2008, 1998) Or are literary translations, as seen through the lens of postcolonial studies, to be located in a "third space" (Bhabha), beyond the dichotomy of self and foreign?

Literary translation also has an ambivalent character in other respects: it can be both a mediation and a democratic communication of culture, and a form of appropriation and thus of domination. In order to understand the specific logic of transferring authors and their work into a target culture, it is necessary to understand the requirements and effects of literary transfers: Publishers and translators make important preliminary decisions in that regard, while placements in publishing programmes and mediating epilogues attempt to facilitate the 'naturalisation process'. Finally, reception depends on the respective patterns of perception and evaluation in a particular reception area. In this respect, long-term publishing support for a foreign-language author and his or her work, as well as long-term reception or even canonisation, could be understood as ‘naturalisation’. But what degree of assimilation is legitimate here and vice versa: how much aesthetic foreignness should literary translation produce or maintain as a 'marker'? This approach raises not only cultural-political and ethical but also genuinely aesthetic questions concerning the standard of aesthetically advanced literature.

Another aspect concerns the temporal category that is at the heart of the Cluster of Excellence: If postcolonial translation is understood as "rewriting", as varying "repetition" beyond the colonial relationship between a primary "original work" and a subordinate "translation", then a temporal category is more effective here in contrast to a more spatial category of translating (cf. Bassnett / Trivedi 1998, p. 9). On the other hand, modern translation studies have shown the extent to which translation is integrated into a space of languages hierarchised by centre-periphery relationships (De Swaan 2001). Depending on whether translation takes place from a peripheral to a central literary language of the world system or vice versa, different structural functions of importing foreign-language works through translation can be identified: on the one hand, an aesthetic-literary enrichment in the form of an accumulation of symbolic capital of the target culture, and, on the other hand, a form of recognition and consecration of the literary field of origin (Casanova 2010, 2015). Finally, even if one overcomes dominance relations as explored in postcolonial studies and assumes "temporal communities" in a transcultural "third space" or a "transfractal" world literature 'without a fixed residence' (Ette 2017), questions still remain about the structural and temporal conditions of these translationally produced 'communities' and their flexible demarcations.

The lectures will be held as an in-person event and will be streamed live here. The livestream will be available on the day of the event. 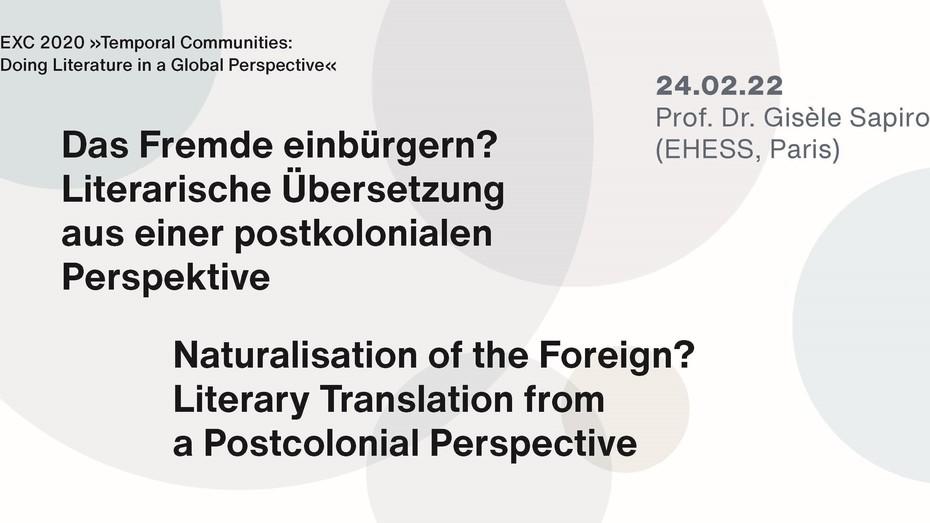 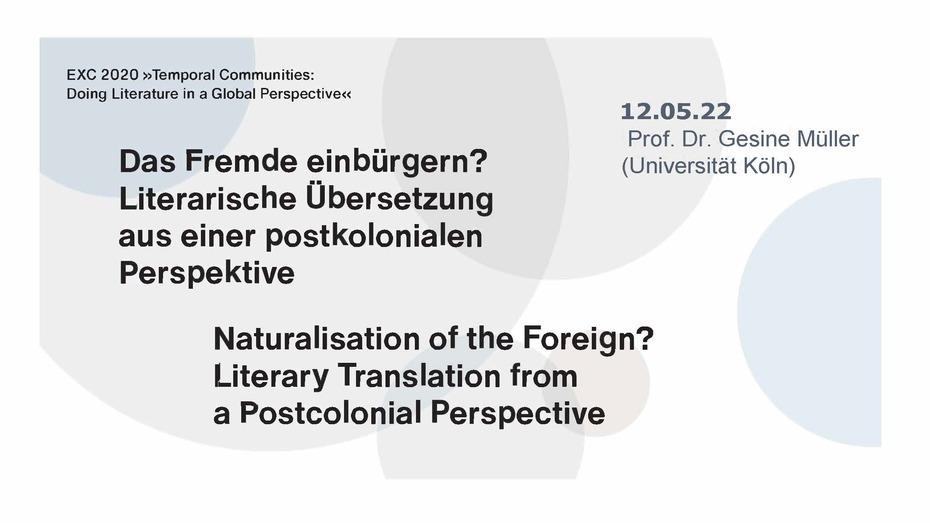 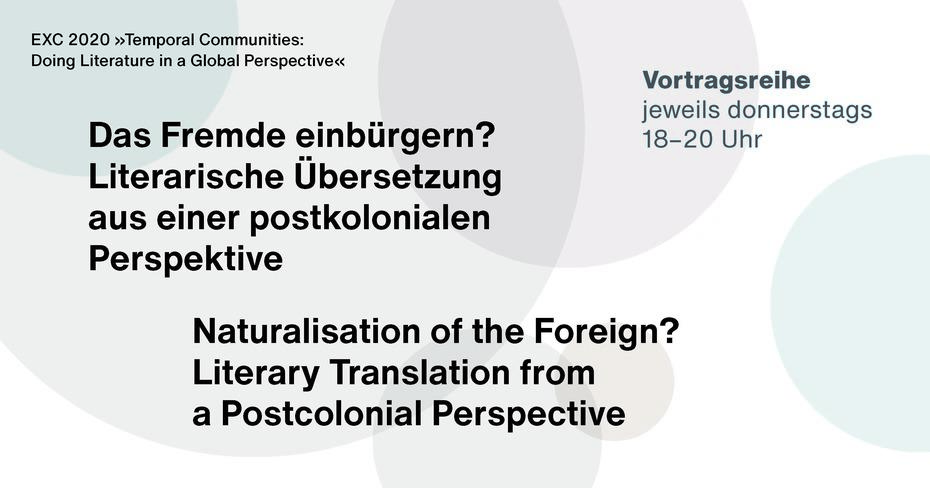 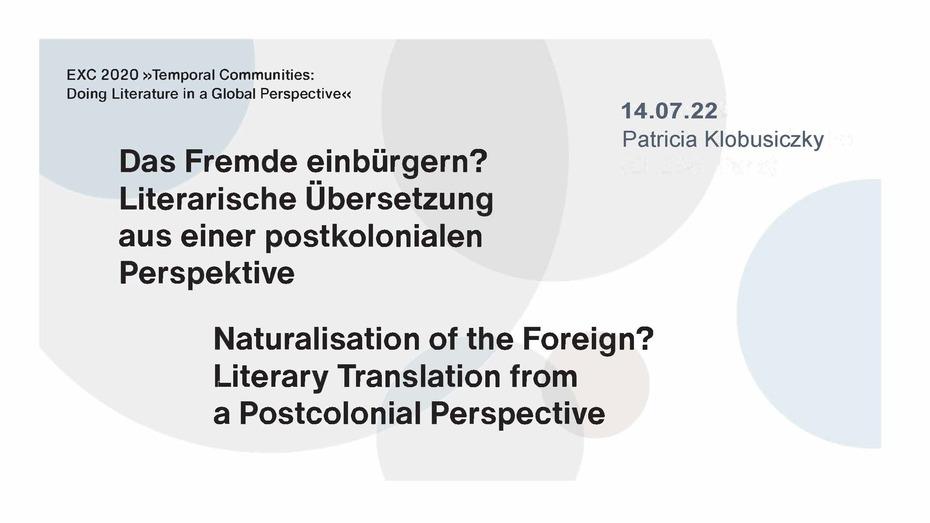